Bluebells and Blossom – A day out with my daughter- Kent Photographer

My daughter, Belle, starts secondary school in September. It’s hitting home that I really do have limited time left with her as a “little” girl. I know she’s really no longer little but I can still ask her to twirl in a dress and she’ll oblige 😉  And so ask her to twirl I did! She spent the day as a Princess (and it may well be the last time she dresses up as a princess until her wedding day so I made the most of it!).

I bought a couple of beautiful dresses from Dollcake, and got them shipped over from Australia a few months ago and then when the Bluebells arrived last month, we went out for the day (*I won’t bore you here but there’s a little science note below at the bottom of this blog to explain why I don’t offer Bluebell sessions normally) 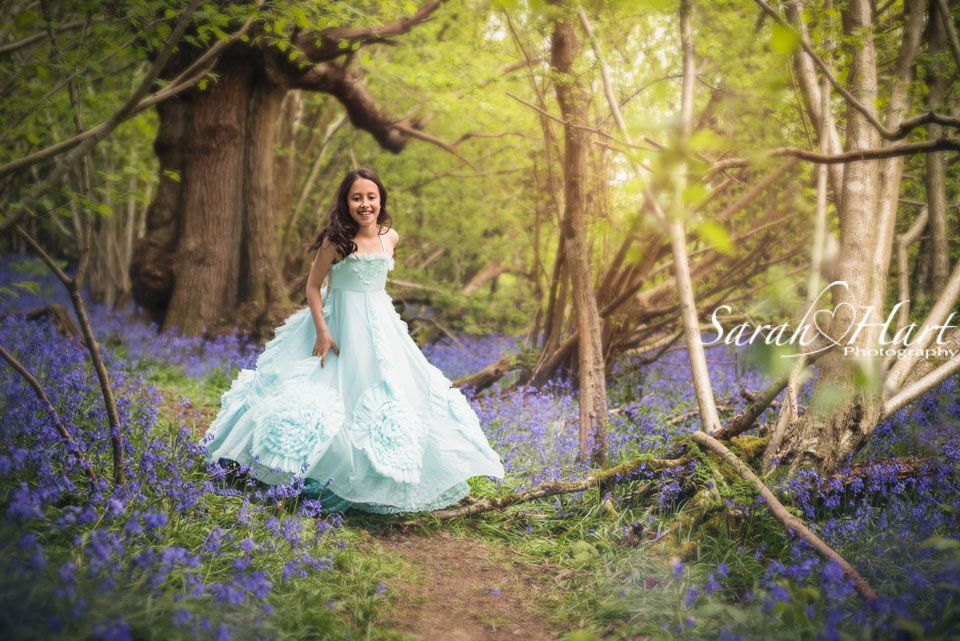 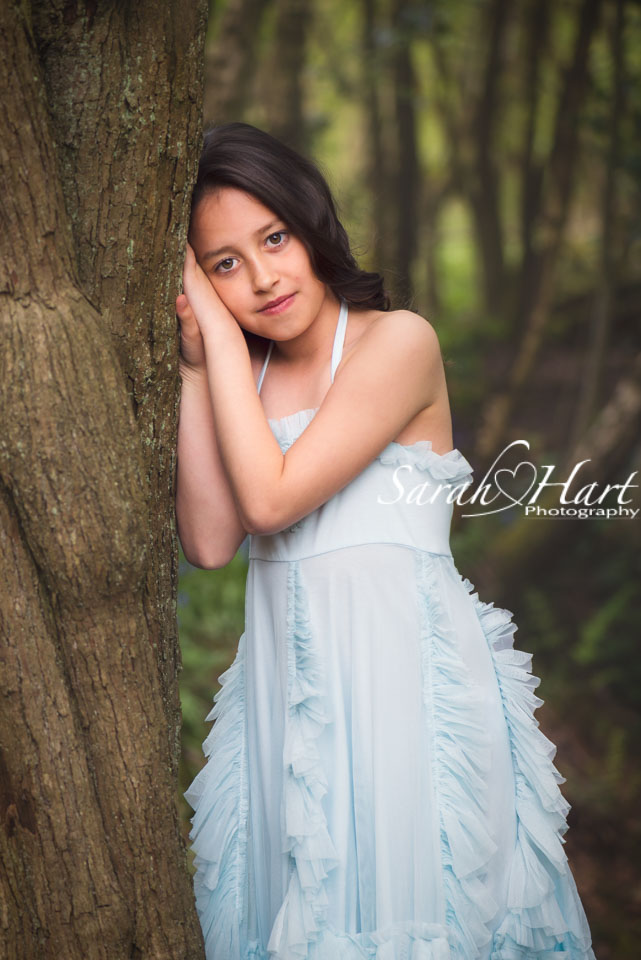 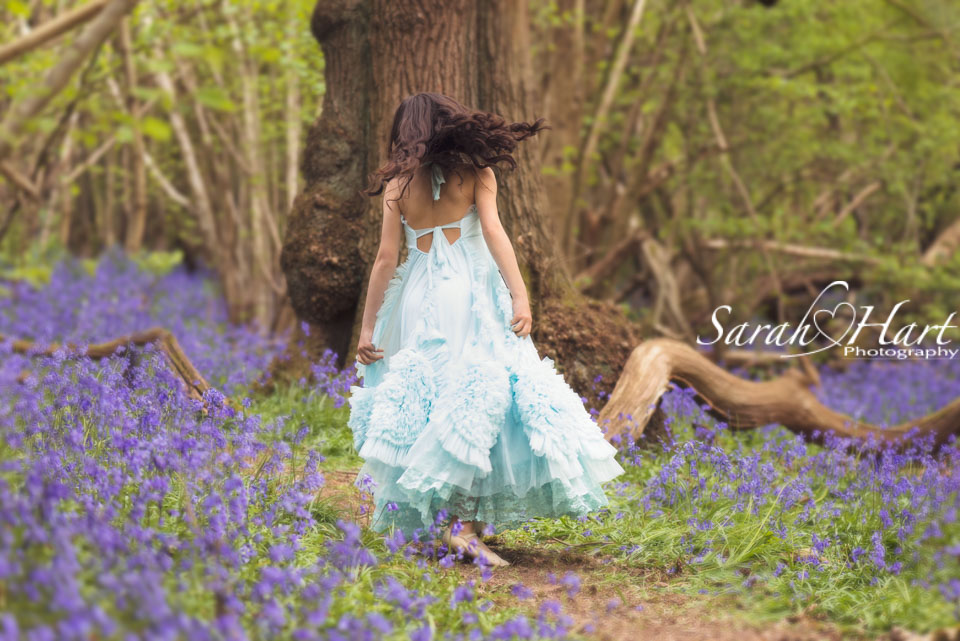 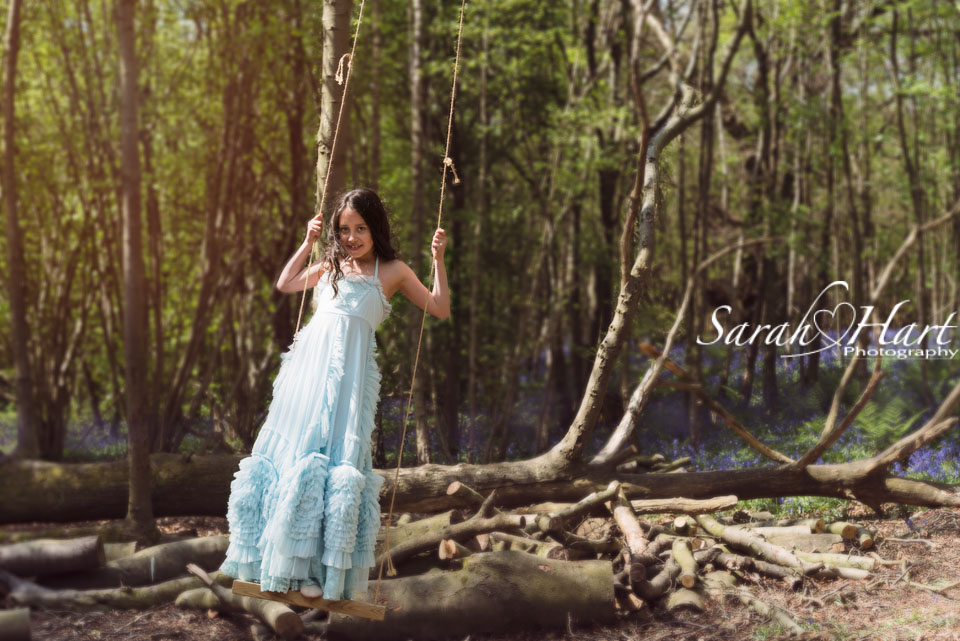 Belle had to get used to the stares (I guess a princess in the woods is not the usual sight for the local dog walkers at One Tree Hill, Sevenoaks!)  but I think she had a lot of fun twirling round in her dress. And it wasn’t that hard work really as she did employ her Dad to be her personal assistant to carry around her coat and boots! 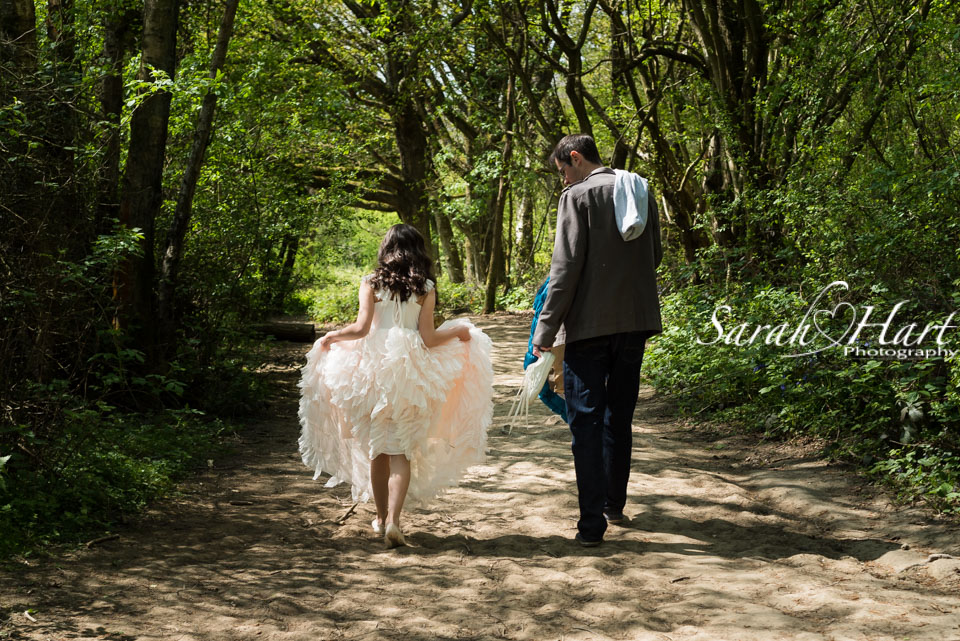 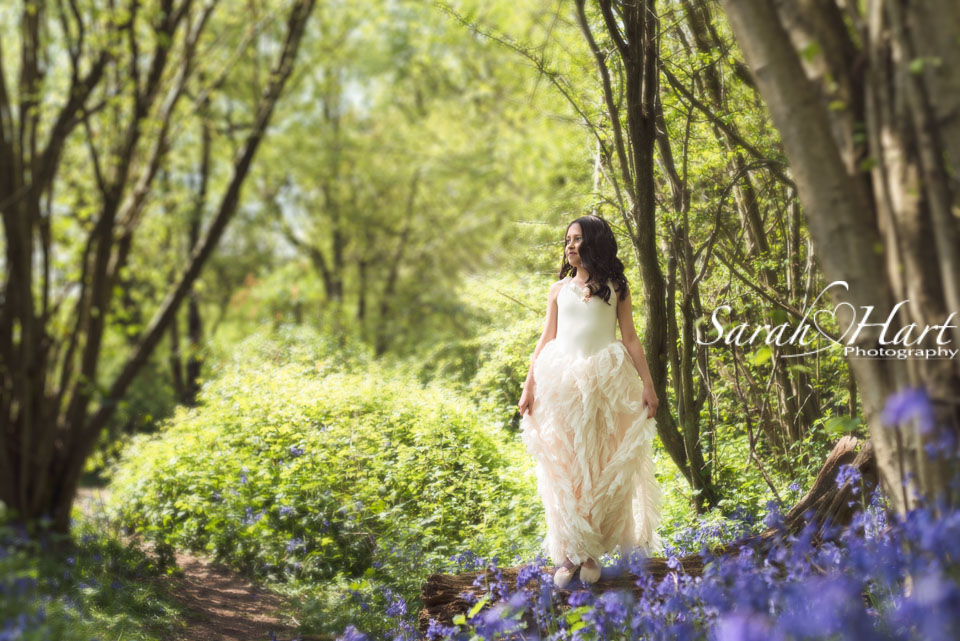 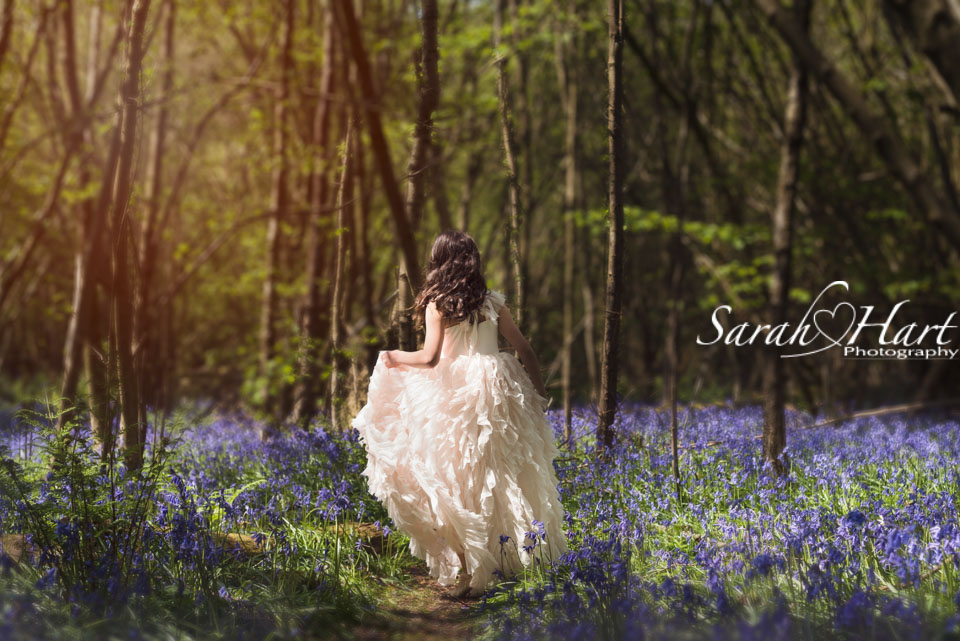 Then later that day (we waited for the sun to lower a little) we ventured out again to Macy’s Meadow, West Malling, for a little photo shoot in the blossom. I have absolutely no idea now, what it was that made Belle giggle so much below, but I think this is my favourite photo of her from the day: 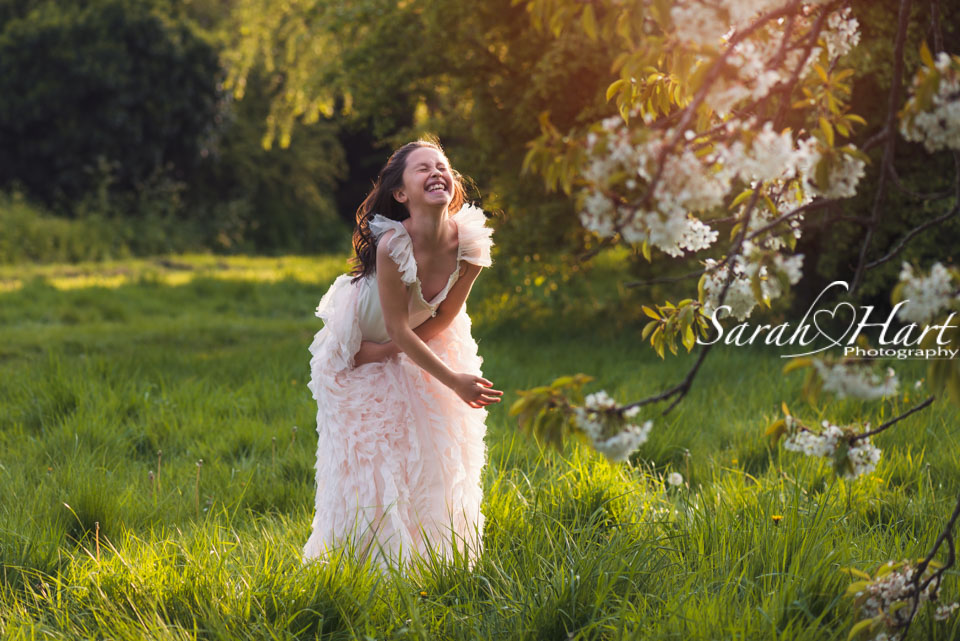 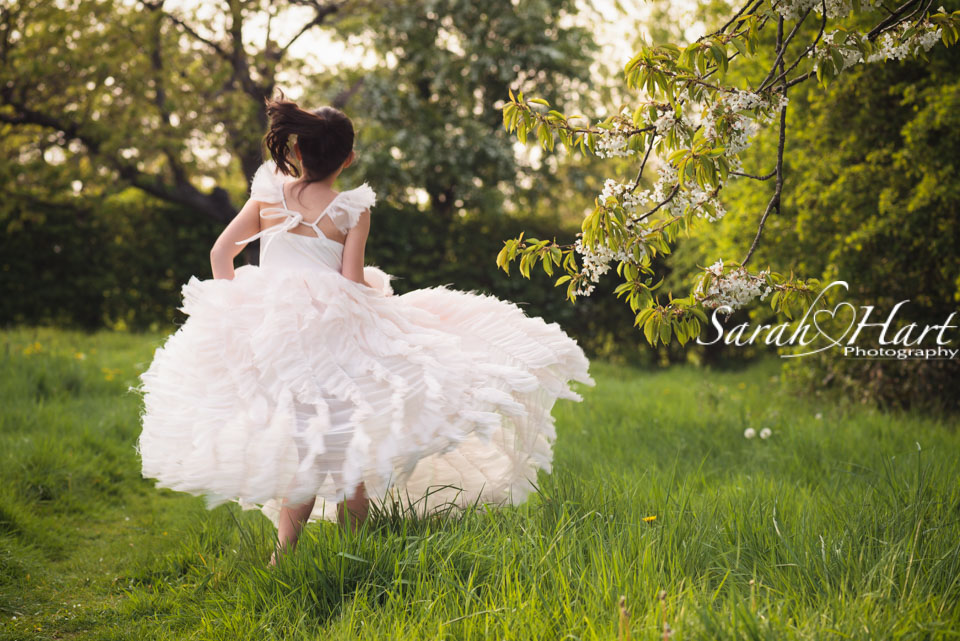 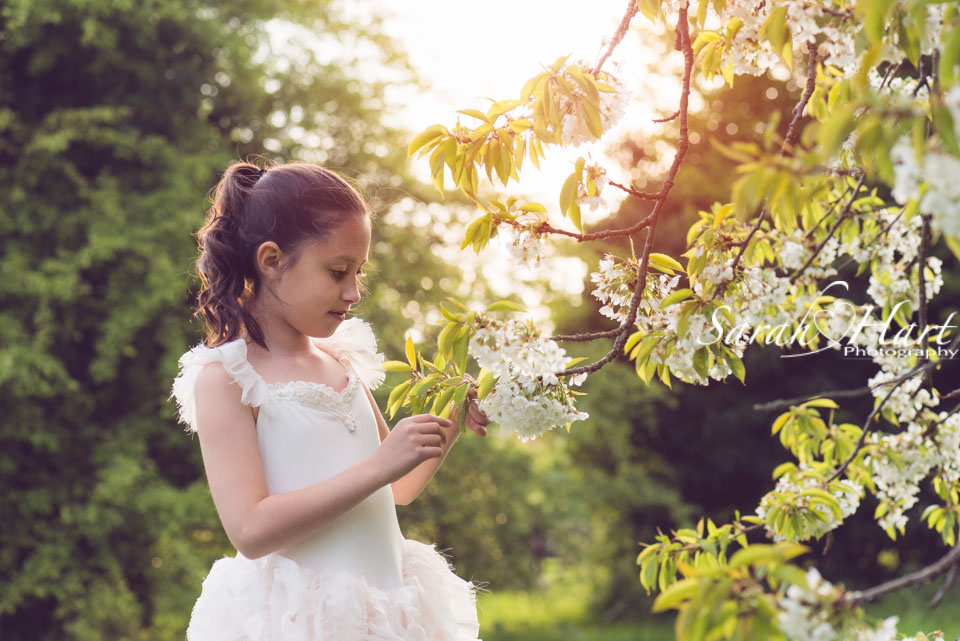 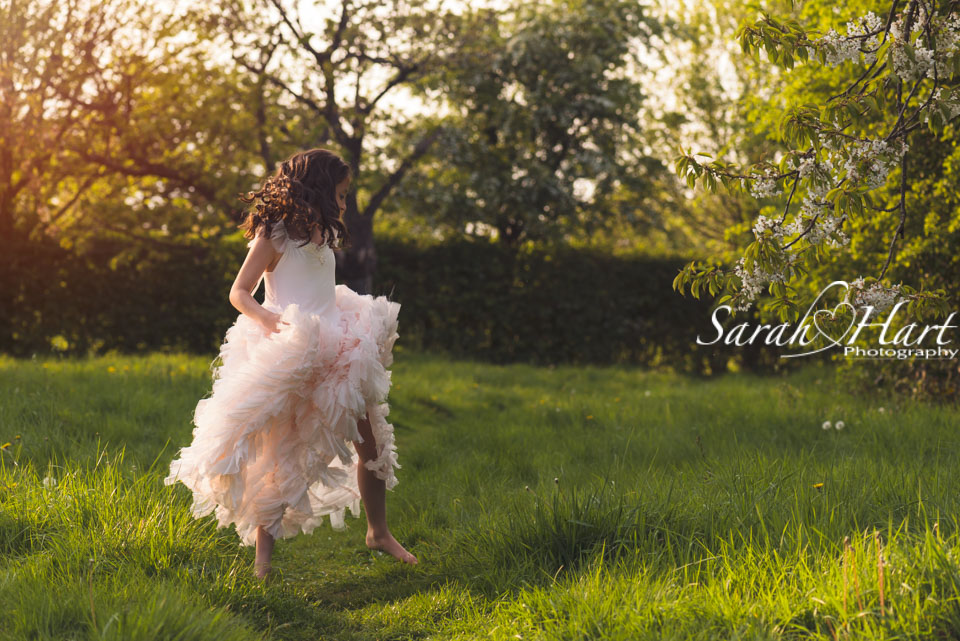 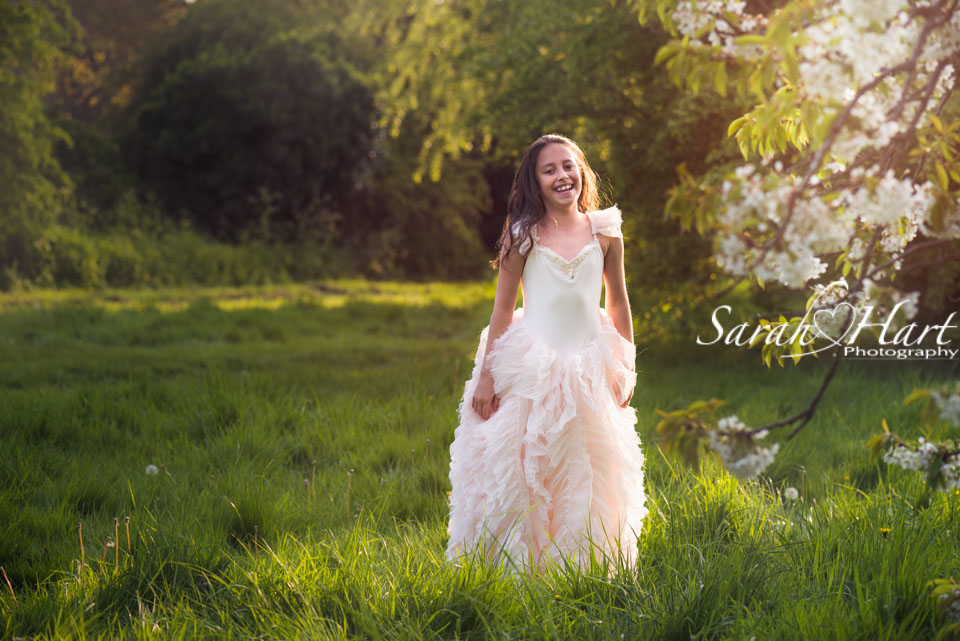 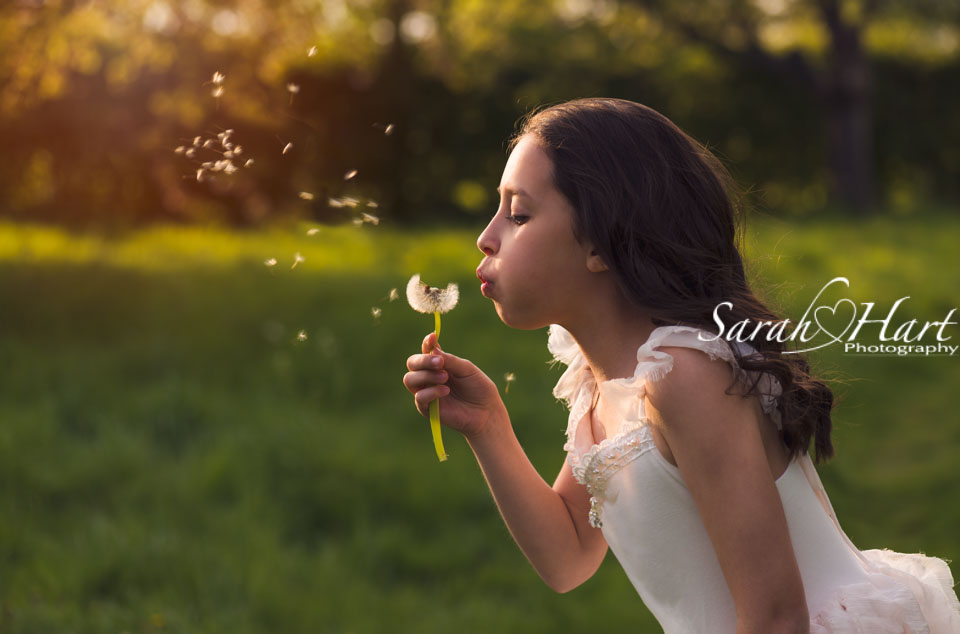 But it didn’t come without injury….poor Belle discovered that there were lots of nettles in the meadow! Ouch! But I’m hoping she’ll agree with me, that the nettle stings were definitely worth it for these gorgeous images for her to keep. 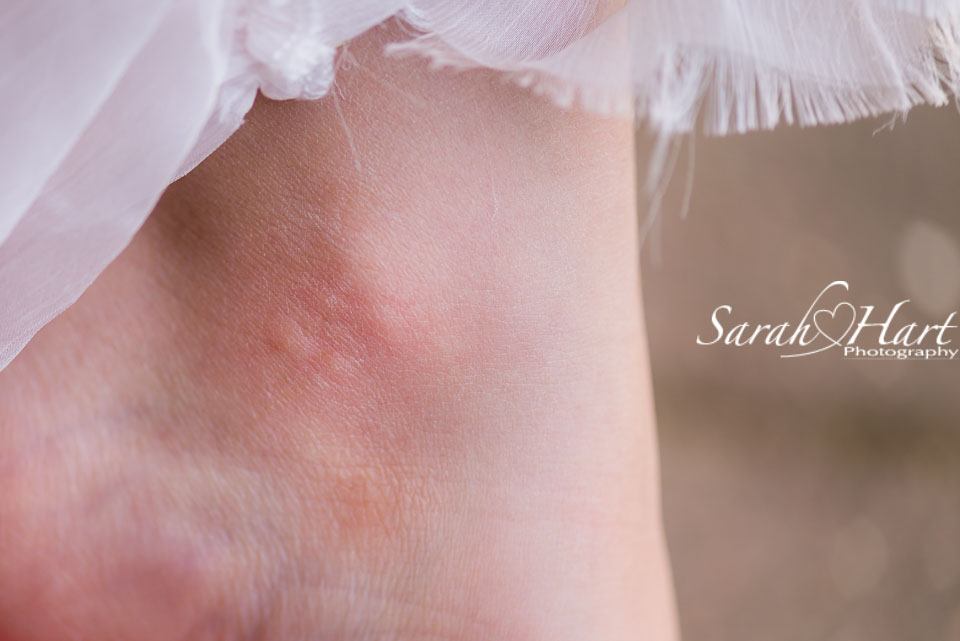 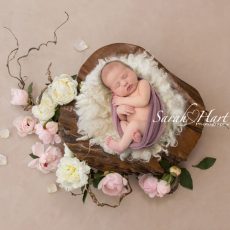